Nitrogen pollution in the Danube Basin

Nitrogen is vital for aquatic ecosystems, supporting the growth of algae and plants which provide food and habitat for fish and smaller organisms that live in water. But too much nitrogen in the water can result in serious environmental and human health issues. 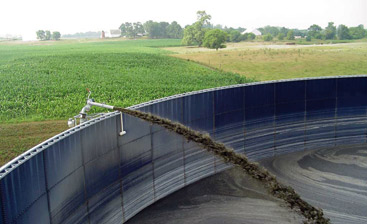 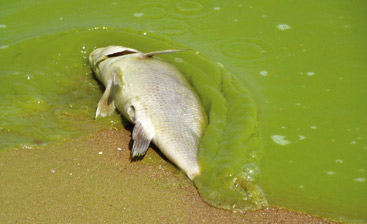 The main nitrogen emission sources are agricultural fields with 40% of the total load. Excessive amounts of nitrogen in the water can lead to low levels of dissolved oxygen in the water which, in turn, can kill fish and other aquatic animals.
© CST Industries
© Michigan Sea Grant

Nitrogen pollution causes substantial changes to water ecosystems. Nitrogen (together with phosphorus) contributes to eutrophication, a process through which oxygen in the water is reduced, plant and animal species suffocate and water quality worsens – limiting human uses as well. What’s more, significant amounts of nitrogen can reach lakes and seas via natural hydrologic transport processes, influencing water quality far downstream from the sources.n and the International Sava River Basin Commission.

According to recent calculations, the total nitrogen emissions in the Danube River Basin are about 600,000 tons per year. This assessment comes from the MONERIS (MOdelling Nutrient Emissions in RIver Systems) water quality model which has been used for the entire basin and for current hydrological conditions (2009-2012) to estimate spatial patterns of nitrogen emissions in the basin and assess the various contributing pathways.

The main emission sources are agricultural fields with 40% of the total load. Urban areas – such as waste water discharges, runoff from paved surfaces and combined sewer overflows – as well as natural lands where atmospheric deposition provides nitrogen input are significant source areas as well.

Finding solutions for the future. Current measures have substantially reduced nitrogen inputs into surface waters and groundwater in the Danube River Basin, but further efforts are still needed.The current long-term average (2003-2012) of observed nitrogen river loads at the mouth of the Danube is about 500,000 tons per year.

These fluxes are still considerably higher than those of the early 1960s – a period representing river loads under low pressures. The Black Sea could further benefit by potentially reducing loads by 40%, which would require decreasing both the point source and diffuse emissions generated in the Danube Basin.

To further reduce nitrogen pollution, waste water treatment plants must be upgraded with nitrogen-removal technology, however measures to introduce best practices in agriculture and land management are especially needed, since diffuse pathways make up a major part of the total nitrogen emissions. A key set of best agricultural practices related to farming and land management has been identified, which are in line with the provisions of the EU Nitrates Directive and the pillars of the Common Agricultural Policy in the EU Member States. In addition to regulatory actions to comply with basic standards, economic incentives for farmers can ensure higher efficiency and better practical performance in implementing measures.

However, further efforts are needed to achieve better use of the available financial instruments and to appropriately finance and implement agricultural measures. 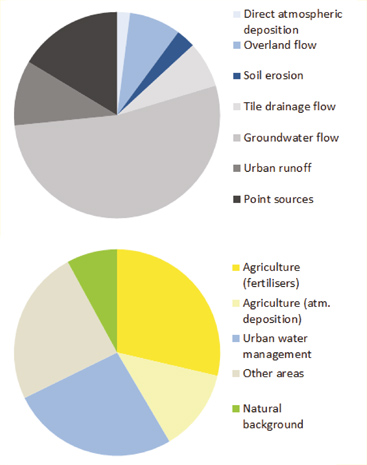 Adam Kovacs is the Technical Expert for Pollution Control at the ICPDR Secretariat.

Next: Remember the river: using art to connect students to the Danube