The Donau-Auen National Park – a day in the life

With the founding of the Donau-Auen National Park in 1996, the area east of Vienna was made an international refuge where unique ecosystems can blossom free of commercial constraints, thus guaranteeing that future generations can experience its power and beauty firsthand. 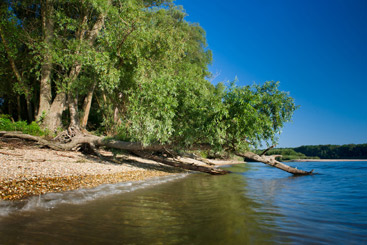 The contract to establish the Donau-Auen National Park was signed in Hainburg, Austria, on 27 October 1996. Twenty years later, Park Ranger Barbara Mertin looks back on the significance of the national park, and continues to introduce visitors to the treasures of the last remaining major wetlands environment in Central Europe.

Looking back more than 30 years I remember well both the worrying uncertainty as well as the inexplicable predetermination of the future of this unique ecosystem east of Vienna when it was finally declared a national park. At that time I surely wasn’t aware of the significant influence it would have on my life. However, as a student of biology I was already under the magic spell of the dynamic floodplains’ ever changing face. Having already worked as a nature guide in this area much earlier, I was among the first park rangers who led our visitors both by boat and on foot through the “jungle on the doorstep of Vienna”, to quote Konrad Lorenz.

Being a park ranger is one of the most fulfilling careers, and is far more than simply a job – it’s a mission. But being a park ranger at a place that one can even call home is a blessing. Sharing all these beautiful stories about the park’s vivid history with the public is a pleasure, and teaching visitors about its rich biodiversity with many rare species, its significance as one of the very last free flowing stretches of the Danube, or its importance as a recreational area in close vicinity of two fast growing cosmopolitan cities – Vienna in the West and Bratislava in the East – is a challenge that I am happy to undertake.

Bringing students up close to nature. These thoughts accompany me while taking a class of 4th graders into the wilderness nearby Eckartsau where the park’s youth camp is based. Every year between April and September numerous groups check in here for one or more nights to gain a deeper insight into the park. Schools, universities, families, volunteer groups or children on a summer camp, all take advantage of the wide range of ranger-led programmes offering several activities depending on interest, time and available budget.

My group today is visiting us for the first time, although the teacher has been a regular visitor for years. The programme starts with an easy question-and-answer session. What does the term ‘national park’ mean? Their responses range from: “A protected area”, “A place for rare animals and plants” to “There are specific rules”, “No hotels and restaurants” or “Pure nature”. All true I explain to my students. “Let nature be nature" is the guiding principle of the National Park, I tell them.

Suddenly one child yells “Look, a bird!” I immediately interrupt my lecture and we watch a large bird of prey with distinctive white tail feathers soar high above us. It’s a white-tailed eagle! I quickly point out some striking features such as its majestic size and the board-shaped wings. The children are mesmerised. While they are still gazing up at the sky in awe and admiration, I add that the white-tailed eagle is one of our five chosen animal ambassadors which proudly represent our park’s success in the 2016 anniversary year. In 1996 these birds were only winter guests, but today – 20 years later – the Donau-Auen National Park is home to at least five breeding pairs. 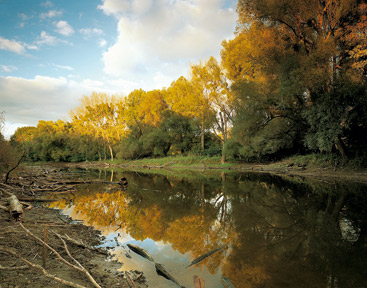 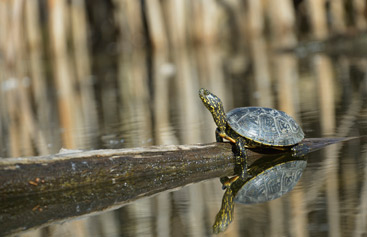 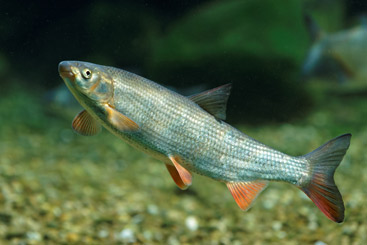 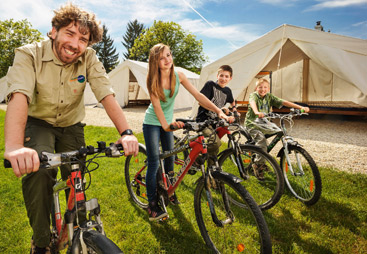 The free-flowing Danube is the lifeline of the National Park, and the diverse habitats it creates make the biodiversity found here absolutely unique in all of Central Europe.

Learning about habitats. We continue our walk and soon reach an old branch of the Danube. Imagine tranquil backwaters with water lilies, surrounded by reed belts and lots of deadwood around. This place is the preferred habitat of the European Pond Turtle, a native endangered species whose observation is one of our today’s highlights.

Our spotting scope is hidden behind some trees and bushes, so that we don’t chase away these shy reptiles before we can actually see them. Each child gets a quick glance. Their eyes are full of excitement while I mention quietly that this is the second animal ambassador they have met personally. For the past 20 years the National Park has run a comprehensive conservation programme including monitoring numbers, protecting nest sites against potential predators and fundraising for a cooperation project with the Zoo of Vienna where one can sponsor an individual turtle.

“Listen! Can you hear that?” Our flying gemstone, a kingfisher and the flagship species of Donau-Auen National Park, flies past, which I only realised thanks to its characteristic high pitch call. Only a few students catch a glimpse of its stunning beauty of bright blue and red colours because of its very fast flight. How lucky we are with our rare wildlife encounters in such a short period of time! It almost appears as if the animals want to celebrate the 20-year jubilee together with us.

Seeing the effects of restoration. Our trip turns a bit into an expedition when we start hiking off-trail, balancing on a pile of driftwood across a ditch. Massive willows and poplars span their canopies above our heads before revealing an awesome panoramic view at the vast Danube, home to the Little Ringed Plover, another animal ambassador of Donau-Auen National Park.

As an indicator of river dynamics, this ground-nester benefits from large-scale river restoration projects that provide bare or sparsely vegetated gravel or large sand banks where it lays its brilliantly disguised eggs on blank sediment. Instead of imparting more facts I invite my group to a game. They have to search for a replica clutch of eggs which I have secretly placed beforehand on the gravel bank. It comes as no surprise that nobody is able to find the nest site owing to its perfect camouflage.

Inspired by this activity the kids want to know about the two remaining animal ambassadors, so I tell them,, “The stag beetle, a symbol of the importance of deadwood, and a rheophile fish species, the nase, a key species for free flowing rivers.”

Reflecting on the future of the National Park. Our excursion has reached our destination for the day, the Danube. The teacher who knows the region asks curiously, “Isn’t the new enlargement area of Donau-Auen National Park situated just opposite from us?” I am happy to confirm that, yes, the news broke recently that after twenty years of waiting our park has finally expanded by 277 hectares, mainly by Petronell.

I have chosen land art as the final activity for the youth group to close up the programme. It should help them to reflect on what they have learnt about national parks today, what they mean to us and for future generations to come.

Barbara Mertin has been working in and for the Donau-Auen National Park for many years, and there are more to come.