The Joint Danube Survey is the most comprehensive investigative surface-water monitoring effort in the world, taking place once every six years. It harmonises water monitoring practices across the Danube countries, in support of the EU Water Framework Directive (WFD), to achieve good water status. Teams of international scientists travelled to monitoring stations and points in the Danube River Basin to take samples and measure aspects of the river’s status – from pollution and biodiversity to plastic and radiation levels. The survey provides an up-to-date and comprehensive picture of the status of the Danube River Basin, including tributaries, surface water bodies and groundwater alongside the Danube River itself. 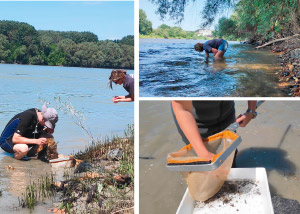 C oordinated by the ICPDR, many hundreds of experts in the countries of the Danube River Basin, as well as other actors, engaged in the fourth Joint Danube Survey (JDS4) in 2019 and 2020. The final results have now been published and made available to the public and scientific communities online. This time, JDS4 also provided an opportunity to deploy a variety of new and groundbreaking techniques in the Danube River Basin – including Environmental DNA (eDNA) as well as target and non-target screening methods. The JDS4 results, therefore, give us unique insight into the status of the Danube River Basin, including answers to such questions as:

Similar to JDS3, the findings of JDS4 support the implementation of the WFD, providing an extensive and homogeneous dataset acquired by WFD-compliant methods. While there is no ambition to replace the national data used for the assessment of the ecological and chemical status with this JDS4 data, it is an excellent reference database which can be used for WFD assessment methods harmonisation throughout the Danube River Basin, and for the new derivation and prioritisation of the Danube River Basin Specific Pollutants.

To collect all of this data in a way that is readily comparable across the region’s countries was seen as essential. In order to ensure that experts could provide comparable results, training workshops were organised prior to JDS4 so that methodologies could be harmonised. This was the first time ever that experts on all WFD biological quality elements from all ICPDR Contracting Parties met to discuss monitoring and assessment harmonisation issues. Already during this overture to JDS4, the significant benefit of the new concept could be seen. By making sure data was gathered in a way that could be compared, JDS4 experts could measure changes and shifts in water status and chemical make-up along the Danube’s journey. They could then measure changes in such a way as to make the results comparable between all sampling teams.

The Joint Danube Survey (JDS) is an ICPDR initiative to help Danube governments implement the Danube River Protection Convention of 1994. It is also designed to help countries meet the requirements of the EU Water Framework Directive (WFD) to ensure that rivers and lakes achieve ‘good chemical and ecological status’.

JDS4 also helps to fill the gaps in WFD implementation. While the WFD is stimulating higher standards for water status across the continent, JDS4 focused on the Danube Region specifically, allowing it to cover specifics that the broader WFD implementation might miss. There are further important issues that have their effects at the Danube level, which may not apply to the entirety of Europe or the surrounding area. This highlights the importance of basin-specific studies like JDS4. Although WFD is an invaluable tool for the future of the EU and Europe in general, projects like JDS4 enable us to be even more focused and to even go a step beyond the requirements of the WFD. 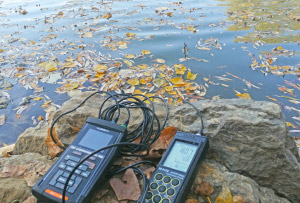 The goal of JDS4 is to collect data on a variety of parameters, including several which are not normally analysed, and certainly not in such a comparable way across the Danube River Basin. All kinds of data are measured every day across the Danube, but JDS4 is about getting all the extra information on many issues which are not normally in focus. JDS4 is about capturing a detailed snapshot of the status of the biology, chemistry, hydromorphology, pollution, and much more, of the entire Danube River Basin and then putting all of this knowledge into the wider context.

As important as measuring the broad state of the river is, the survey focused on going in deep and gaining some insight into previously unmonitored substances and phenomena. These include rare earth elements, rare species (now discernible via eDNA), trace amounts of a myriad of substances (including party drugs), microplastics and antibiotic resistance in bacteria. Additional ambitions of JDS4 stem from the parallel use of classical monitoring methods in biology and chemistry, with novel approaches such as eDNA and non-target screening.

With these new practices, JDS4 was able to show, as an example, that despite ongoing pressures on fish species in the Danube and its tributaries, most of the Danube’s fish species could still be found at nearly all sites - even in the strongly altered hydromorphological stretches of the Upper Danube. In total, 76,265 specimens of 72 fish and three jawless species were detected. This underlines the importance of the Danube as a substantial 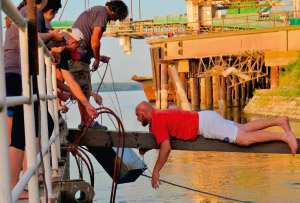 JDS4 has provided a great deal of added value to the current monitoring practices in the Danube River Basin, including an independent basin-wide platform for improving national surface water monitoring practices. JDS4 also provides a unique source of data for a number of quality elements (especially for emerging substances) for the whole Danube as well as an interactive platform for hands-on training in sampling and assessment of these elements. This, of course, would not be possible without its practical joint testing and comparison of national methodologies for biological and hydromorphological quality elements, which will also lead to their future harmonisation. Importantly, these updated methods help to ease knowledge transfer between EU and non-EU member states, which is vital to Danube conservation efforts.

It is clear from JDS4 that many of the problems facing the Danube have been improving since JDS3. However, it is a multiple utilised ecosystem and a lot of work remains to be done. Additionally, we monitored several factors for the very first time, such as microplastics and eDNA, so we will not be able to track the next stages of progress accurately until JDS5. However, the valuable information collected will aid not only further scientific study, but also public engagement. Getting the public in the Danube River Basin on board with the project was seen as essential to the success of JDS4. To raise awareness of the Danube’s water quality and ongoing protection efforts involved an intensive public outreach effort, disseminating JDS4 news to the stakeholders and wider public. We needed them to know – and still do – why their river matters, and we want them to feel welcome to get involved in JDS in any way they can.

Both our Scientific and Public Reports detailing the results of the survey are available online here: http://www.danubesurvey.org/jds4/publications