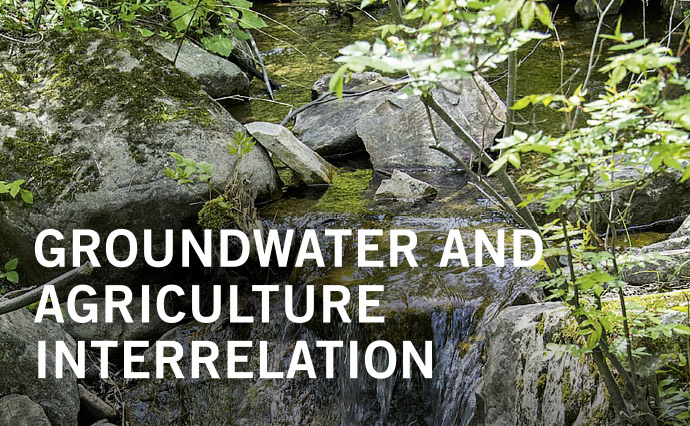 G roundwater is recognised worldwide as an important resource for water supply and it has been used extensively for irrigation in many regions. Groundwater also plays a vital role during dry periods when it is often a major contributor to river flows.

Nowadays it is clear that one of the main pollutants of aquifers is agriculture. Extensive use of pesticides and, what is more important, nutrients, is the main reason why groundwater fails to achieve a good chemical quality. The major sources of nitrates pollution, besides agricultural activities, are non-sewered populations and urban land use. Groundwater flow is one of the most relevant diffuse pathways for nutrients, which consequently contributes to emissions into rivers, carrying nutrients from agriculture and other sources.

Considering more frequent and prolonged dry periods followed by the expansion of the water usage, one of the pressures on groundwater is intensified exploitation of groundwater for agriculture and other purposes. This might lead to over-exploitation and depletion of static aquifer reserves. Depending on the type of aquifer, this also might consequently provoke the deterioration of the quality by changing the flow conditions and thus pull the pollution into the newly established groundwater regime.

According to the ICPDR, groundwater used to supply drinking water plays a major role in Danube countries. It is estimated that more than 70% of the population in the DRB depends on groundwater sources. Hence, it is of the utmost importance to define protection zones for specific aquifers, which should be followed by a set of best agricultural practices with the aim to reduce nutrient input and losses related to farming and land management. Prevention measures against over-abstraction is important in assuring secure water management. Water use, in general, must be appropriately balanced, taking into account the conceptual models which should be developed for each particular case.

Jelena Krstajic is a PhD student of hydrogeology. A former ICPDR intern, she presents her expertise in groundwater. To hear more about ICPDR intern alumni, and their post internship careers and experiences at the ICPDR be sure to take look at our next Danube Watch edition!