Last of the Dinosaurs? The ICPDR’s Ivan Zavadsky in Profile 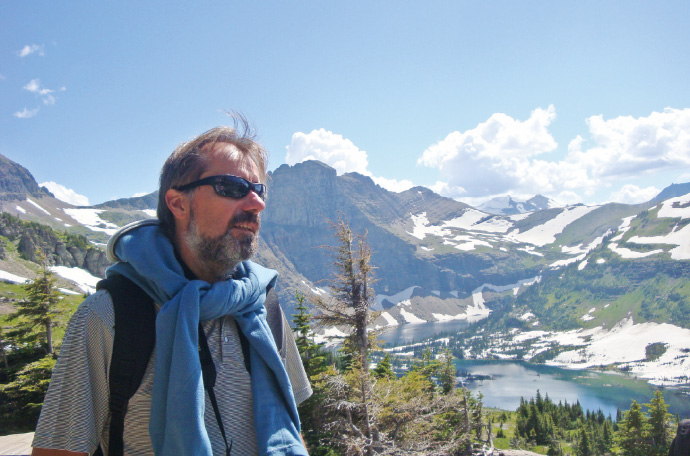 After more than three decades with the commission, the ICPDR’s longest-serving Executive Secretary, Ivan Zavadsky, is entering a well-earned retirement.

Few international European careers span so much change for their countries and regions as Mr. Zavadsky’s. His tenure saw Czechoslovakia split into his own home country of Slovakia plus the Czech Republic, not to mention many countries in Central and Eastern Europe joining the European Union. European dedication to building infrastructure across borders and collaborating to solve pressing issues of how to manage and develop our environment has evolved vastly in recent years. It’s been a historical period of tremendous progress throughout the European continent, with figures like Mr. Zavadsky playing pivotal roles along the way and breaking necessary ground and forging the international framework necessary for a new European future in the 21st century.

Zavadsky’s career has seen him occupy a variety of roles, among which sector negotiator for the chapter Environment within the Slovakia accession process from his home country of Slovakia to years working in the US, and of course his long a period at the ICPDR. Early in his career where he started as a young engineer, working on large projects, with the Bratislava Water Utility Company and Slovak Government, later notably working on the GEF Secretariat too, serving as co-ordinator of two nutrient pollution reduction projects in the Danube and Black Sea Basins between 2001 and 2007.

Ivan Zavadsky is leaving behind a technically and institutionally strong ICPDR, with the waters and ecosystems of the Danube River Basin – not to mention the Black Sea – confidently backed up by increasingly strong and bold environmental regulations and investments. We took the chance to pose Mr. Zavadsky a few questions looking back on his achievements, and seeking some sage advice from decades inside the dynamic world of international organisations.

What was your proudest achievement of your time at the ICPDR?
It’s hard to say what would be the proudest, but as the ICPDR evolved, I would say the first achievement – not my achievement, but as a group – was in the early 90s after the change of the political system, when all the middle Danube countries started coming to the EU. Suddenly we were able to overcome all the discrepancies and historical grievances and East-West jealousies, we were able to find in a short time a balanced text for the Danube River Protection Convention, a very good vehicle for cooperation. I would say the second was the short – well, 6-year – period I spent supporting ICPDR as a project manager of the UNDP/GEF project. As a small project team, were able to provide targeted assistance to establish the key structures of the ICPDR, and help country representatives with limited resources to participate.

I am also proud that when the WFD [EU’s Water Framework] came into action, countries were wondering how to implement this very demanding piece of legislation, which required a lot of technical work and a lot of scientific insight. The main objective of the project was the reduction of nutrients, and a concerted effort ended up in the elimination of one of the largest dead zones, to be found in the Black Sea. Actually, the entire northwest shelf [of the Black Sea] was dead without fish, without biological life. Gradually, through the hard work of the ICPDR, combined with the economic changes in middle and lower Danube countries these emissions went down, and now the Black Sea is recovering strongly, and there is scientific evidence of this.

What do you think is Europe’s top climate priority at the moment?
The Climate Change challenge for Europe has two aspects: one is the mitigation, to reduce the production of greenhouse gases like CO2 and methane. But also, on the other hand, you have adaptation. I will start with the latter, as I think there is a way for European countries to do the adaptation properly. We need to make sure that all the actions, investments, strategies on water usage, and further development of water resources is being designed with future challenges in mind. This is still something not entirely internalised sufficiently within the water management sector. This is the challenge of the adaptation side, to make all the adaptation strategies and measure and policies comprehensively together with all sectors. We still see some sectors, like agriculture, getting priority over all others. We need to work jointly.

Now for the more difficult challenge. To make it simple, now, at Glasgow, the European Union again made a very strong commitment to reduce greenhouse gases, such as methane emissions by at least 30% before 2030. Europe has shortened the time to get to carbon neutrality. That’s the biggest climate challenge: to make sure the national policies and measures being taken under these policies, will respond to the political commitment made in Glasgow. If all these policies, measures, regulations, and investments would happen as designed, it would be painful – and the pain would be felt by each and everybody. This is the real climate challenge.

The ICPDR is a great model for River Basin Organisations around the world – but there’s always more to learn. What’s the biggest lesson you learned from another RBO during your career?
I think in some of these River Basin Organisations in the developing world, where they have less-developed public institutions and there’s a large gap from the basin authorities to the central governments, they work very closely with the local communities. I think this is the big difference, and a little bit the disadvantage of ours here in the more developed part of the world, that everything is so thoroughly organised – from the mayor of the small village in Austria up to the Federal Chancellery – that everything is structured and organised. We are doing public participation and public involvement, but at the end of the day, we end up with a group of smart, well-meaning, but quite noisy NGOs. In the other parts of the world though, it’s really the communities who are actively involved, and the commissions have to work directly with them if they want to show any progress.

What would be the main piece of advice you would give to future international organisations?
My main piece of advice would be: realism and management of expectations. We are living in a world where to get something done in this international arena, we somewhat have pushed ourselves into this “exaggeration” cycle. To convince people that we are doing something reasonable, we have to promise what we will most likely not or never be able to deliver. Not because we are lazy or stupid, but simply because the conditions are not right for it. I know very many international organisations in the water sector who have wonderful plans, wonderful programmes, sophistocated action plans, formally well designed frameworks for cooperation, but the progress is almost next to zero – and then not to make these failures visible, they have to engage diplomats to polish out any bleaker pictures into something more digestible.

Also of vital importance are proper data and information. Data should be for purpose, and accepted by all parties. It’s a big shame that many RBOs use national data without mutual exchange and mutual validation, and this is where ICPDR is champion, because our data sets are vetted by all 14 countries.

What would you say, if you had one sentence to give advice to your successor?
Make sure that your team at the Secretariat has the best possible working conditions: technically, economically, morally, and ethically. The role of the Executive Secretary isn’t only pushing papers around, but to make sure that these people are working as one team, so to build and maintain this team spirit is vital. When it is lost, we are done, and then we end up just bureaucrats pushing nothing but paper around with everybody just looking out for their own back.

What are you looking forward to getting up to in your forthcoming retirement? Will you be spending more time on the Danube?
Firstly, the reorganisation of the library I inherited from my late father plus all the books I have collected over the last twenty years working internationally in Vienna, the US, and Slovakia! The basement is full of books, and I want to make sure that somebody like me or my friends can use them.

Next, working internationally, I’ve had to be faced with a lot of information and analysis of water, both fresh and salt – though for the last ten years I was working mainly on freshwater. So I still feel a bit of a gap in my knowledge on oceans. I will use some of my free time now to get more into the nitty gritty of marine policy, marine biology, and the protection of marine ecosystems, to try and understand somewhat why ocean scientists are saying this is the key for life of the planet, and the laboratory where all the answers lie – so I want to understand a bit more about the ocean.

And lastly, for the last three years, I’ve been getting back into my beloved paddling boat on the Danube. I want to continue this, and spend more hours paddling on a race canoe around here in Vienna or up in Linz, on Attersee, in Czechia, all over. People like me, or even older than myself, get together on their paddle kayaks and canoes to compete, but in principle it’s just about the fun of being on the water!

After three years of the ICPDR on Social Media, what do you have to say about it?
Initially, we’d thought that social media wasn’t suitable for us here at the ICPDR. But after some changes on the team, when the issue came back up again a few years back in 2018, I accepted and supported the idea – while still remaining sceptical. Now though, I see that it pays back! We’re getting feedback from professionals in our network, I am getting feedback from various bits of society (including my own family) that ICPDR is doing great on social media. Our social media appearance helps us to maintain our reputation as an international organisation!

Next: Danube Watch 2/2021 - The ICPDR Celebrates 3 Years on Social Media