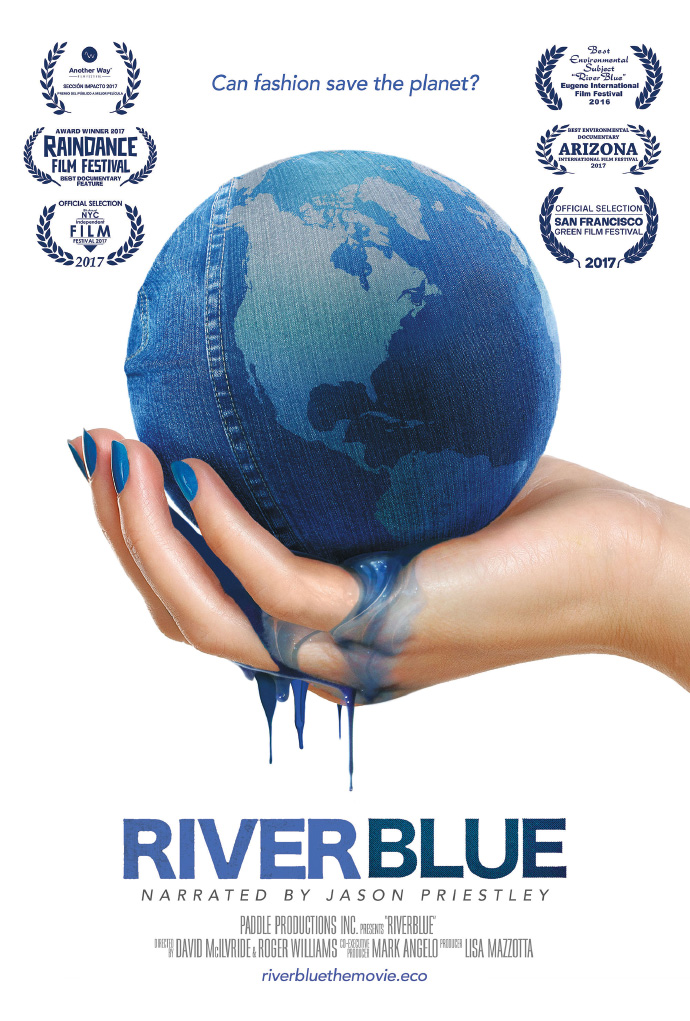 Ciné-ONU is a film event series by the United Nations, that screens movies tackling UN-related issues in 14 cities across Europe. After over seventeen months of online-only screenings, the series celebrated its return to in-person screenings on 20th September 2020 at Vienna’s Top Kino. While this co-screening with the ICPDR had initially been planned to take place back in 2019 before the pandemic saw it postponed, the issue posed by the movie screened remains in any case an urgent cause for water managers the world over.

Directed by David McIlvride and Roger Williams, and first released in 2017, picking up Best Documentary Feature at the Raindance Film Festival along the way, RiverBlue follows conservationist Mark Angelo as he explores the unintended consequences of the fast fashion industry on the world’s precious waters. The film visits a variety of rivers contaminated by toxic emissions stemming from the fast fashion manufacturing process, with several of these water bodies no longer able to support river life at all, and actively endangering local residents in China, India, Bangladesh, Indonesia and beyond.

This isn’t just your average advocacy doc though… What’s special about RiverBlue is its focus on solutions. The final act of the film visits groundbreaking new manufacturers in Italy and Spain, finding ecologically friendly new ways of producing garments that don’t destroy the environment. It’s a call-to-action for conser-vationists and the fashion industry, not to mention a focused guide to the way forward – and a surprisingly moving one at that.

“The International Commission for the Protection of the Danube River plays a crucial role in protecting waters in the Danube River Basin, including reducing pollution from settlements and industry and protecting the ecosystems. I thank Ivan Zavadsky, Executive Secretary of ICPDR, for bringing his knowledge and expertise into the discussion after the film screening of RiverBlue and for the kind and generous support to make this event possible.”

“Greenpeace has been fighting for a toxic-free, safe and slower textile industry for years - this documentary shockingly illustrates why it is important to focus on this issue: The toxic chemicals used in the production of throw-away fashion are harming people and planet, the labor conditions are inhumane, the emissions are a major driver of the climate crisis and the waste that is generated in the production process and after consumers discard clothing is polluting the environment.

The Greenpeace Detox campaign secured global commitments from 80 companies and suppliers, representing 15 % of the global textile market, to achieve zero discharges of hazardous chemicals in their supply chain manufacturing. This shows that change is possible, now governments have to make sure that the other 85 % of the market must follow suit. The EU has to set an overall objective of elimination of all hazardous substances, reduce the chemical footprint across the supply chain and require the disclosure of suppliers’ lists and their environmental performance.

At the same time, the big issue of overproduction and overconsumption has to be tackled immediately. For example, in Germany, a party top is used on average 1.7 times and is then discarded. It is estimated that 25% of the textiles produced remain unsold. This market failure has a catastrophic impact on our planet. A 2018 report found that apparel and footwear contributes to 8% of global greenhouse gas emissions.

In the face of the planetary climate and biodiversity crises, regulators must finally take responsibility for changing the way that fashion is made. We need policies that restructure the textile industry to slow the flow and close the loop. Governments have to support businesses that are transforming from fashion retailers to fashion service providers (eg. repair, reuse, renting and sharing services).”

Stefanie Erhartmaier:
Co-Head of the Fashion Department, We Fair

“I think it is a very important movie that illuminates how the fast fashion industry is destroying, exploiting and sacrificing the environment. It is a call for change in terms of policy, industry and individual shopping habits. It dramatically shows that fighting for the conservation of our environment and the reduction of the usage of resources is as important as fighting for human rights and better working conditions.

The documentary points out that we all have to stand up for climate justice and take responsibility. We must become aware of the fact that our nature has limits and that the risk of continuing like this is carried by the most vulnerable and worst paid. What we need is more courage for transparency on the industry’s part to face the environmental challenges.” 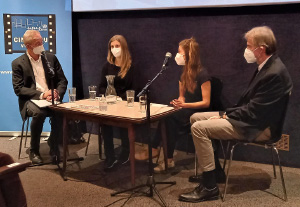 This Ciné-ONU Vienna film screening was organized as a cooperation between the United Nations Information Service (UNIS) in Vienna and the ICPDR, held during the autumnal pandemic respite experienced in Austria during September 2021. Nonetheless operating with a mask mandate and reduced capacity, the screening was followed by a panel discussion moderated by UNIS Director, Martin Nesirky, speaking with ICPDR Executive Secretary, Ivan Zavadsky, Co-head of the Fashion Department at sustainability NGO WeFair, Stefanie Erhartmaier, and Consumer Campaigner from Greenpeace Austria, Lisa Panhuber.

The trio held an enlightening debate, keeping up with the film’s spirit of solution-seeking. Additionally, a video message from Roberta Annan – a UN Environment Goodwill Ambassador and Supporter on creative Economy in Africa – was screened. The panel went into detail on the issues of ‘greenwashing’, the complexities faced by any effort as cross-sectoral as the fashion industry, and the key complexity of bringing consumers on board with conservation issues. 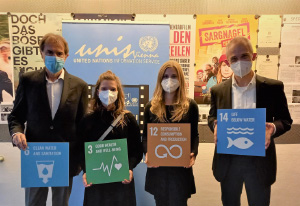 All panellists were in agreement that a lot more effort is necessary to adequately address fashion-related river pollution and water (over)usage. The necessity of bringing public and governments alike on board with any efforts was also underlined. In this sense, the issue is a veritable microcosm for the battle against climate change at large. A healthy planet needs healthy river, but a healthy population needs clothes too. As RiverBlue makes abundantly clear however, this problem isn’t only very possible to solve – the solution is already here.