To Celebrate Danube Day 2020, the Global Water Partnership –
Central and Eastern Europe Decided to go on a Splashing Adventure.

F rom the 19th to the 28th of June, GWP CEE launched a social media mini-campaign called Danube Kayak Expedition 2020 to celebrate this year’s Danube Day. The 470km Bulgarian stretch of the Danube River was to be conquered in nine days, while raising awareness of the issues affecting the river, potential solutions to these as well as GWP CEE's role. The goal was to finishing on the eve of Danube Day, which the world celebrated on the 29th of June.

With Konstantin Ivanov, GWP-CEE's regional coordinator, as a protagonist, the story of the DKE 2020 consists of a series of vlogs and pictures, documenting the kayak trip down the Bulgarian strip of the Danube. Each day, GWP CEE released a new post, discussing a different topic connected to the Danube. These ranged from its historical and cultural background, industrial and environmental condition, all the way to its fauna and flora.

The expedition actually began farther upstream than originally planned, meaning that the journey was roughly 10% longer than anticipated. In order to cover the length of the Bulgarian stretch of the Danube, the six Danube explorers had to cover between 50km and 70km per day in order to arrive at the designated location in time to celebrate Danube Day 2020. Of course, in their three double-kayaks they were up to the challenge and arrived in time!

Some highlights included spotting all kinds of wildlife native to the Danube. On one island, well over 100 pelicans were seen all together – a fantastic sight! As wonderful was glimpsing a rare Sea Eagle several times while paddling downstream. Of course, there were many species of fish to be seen, and with fish come fishermen and loads of different varieties of fish soup to eat!

This part of the Danube also offered beautiful islands with their own sandy beaches to enjoy, the river's largest protected park and the wonderful juxtaposition of these natural wonders and industrial centres built up next to the river. And while some ships were sharing the river with the group, there were far fewer than there would have been were it not for the Covid-19 situation.

There were times of heavy rain and stormy weather, some wild waves due to strong headwinds and one particularly close encounter with a large ferry, but the consensus of all was that the journey was very fun, beautiful and worthwhile.

The DKE 2020 campaign has been further promoted by organisations like the ICPDR, the EU Strategy for the Danube Region, GWP and more. GWP CEE enjoyed this so much that they decided to explore such events further and bring more action packed experiences, just like this one, in the future. 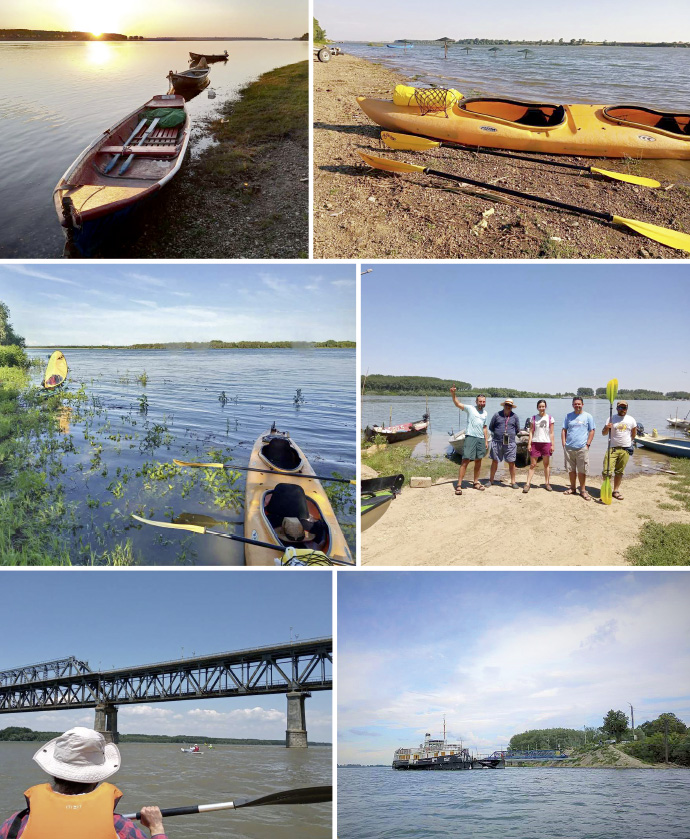