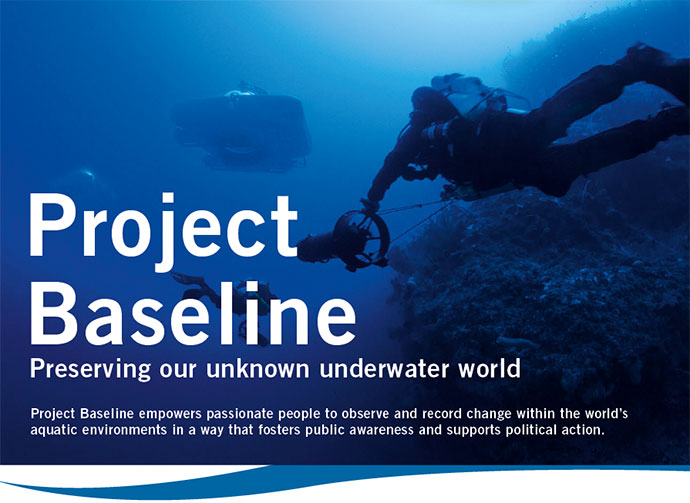 Project Baseline is a global, aquatic conservation initiative run by the non-profit organisation Global Underwater Explorers (GUE). Founded in the US in 1999 by a group of underwater cave divers committed to protecting underwater environments, Project Baseline was adopted as the GUE’s central aquatic conservation initiative in 2009 and is supported by a global network of an estimated 480 diving and non-diving volunteers. The primary purpose of the project is to establish environmental baselines by creating a visual legacy of underwater conditions around the world; not only in shallow coastal areas and deep-water environments in oceans, but also in freshwater environments that include lakes, rivers, springs, and flooded caves.

The underwater world is in peril, yet the causes of degradation and the consequences for underwater ecosystems remain largely or entirely unseen. Using their network of volunteers, Project Baseline is working to document which waters are in pristine condition and which waters need help to be returned to a clean and healthy condition. The initiative is designed to allow aquatic environments to be monitored over a longer period of time, providing a comprehensive understanding of the changes happening to them, both now and in perpetuity. Researchers are analysing trends and assessing threats so that effective local and focused conservation measures can be implemented.

Equally central to the mission of Project Baseline, is establishing the meaningful and sustainable protection of the aquatic world by connecting the project’s researchers with the very people that live alongside, work on and enjoy the waters. Since 2009, the project has initiated over 100 volunteer-run projects, including global expeditions. It is currently operating in 38 countries and still growing. Drawing from a strong history in water advocacy, Project Baseline supports a network of volunteer teams which continue to bring the underwater world to the surface, one picture, one video and one sample at a time.

Project Baseline manages a spatial database that is accessible to anyone who is interested: http://projectbaseline.org/database/ 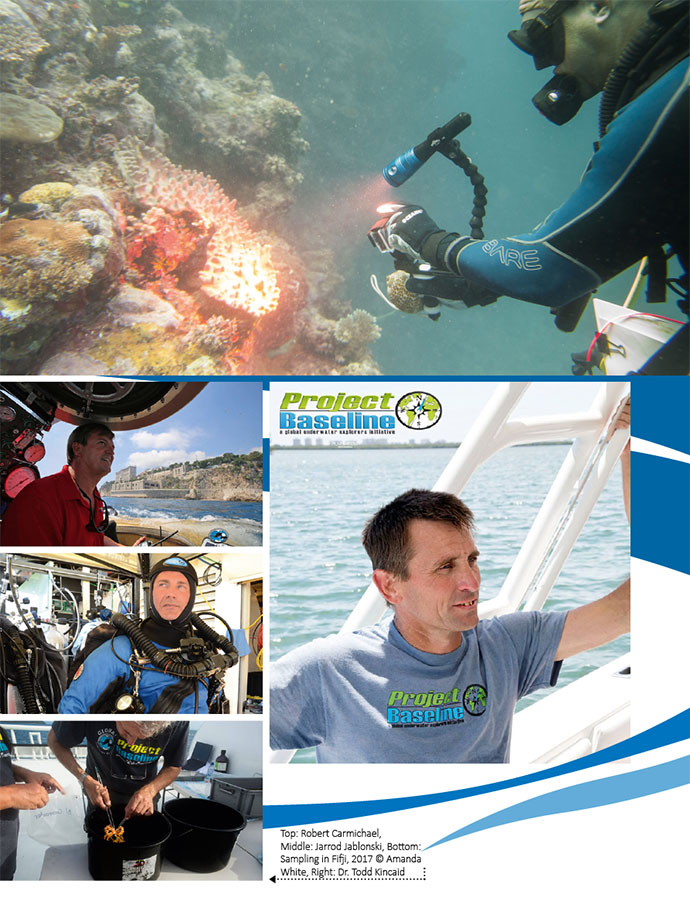