Czech Republic
Creating a connection to the Danube Basin

Bringing the Danube into the minds and hearts of stakeholders throughout the basin creates lasting bonds for cross-border cooperation and gives us all a reason to take action. 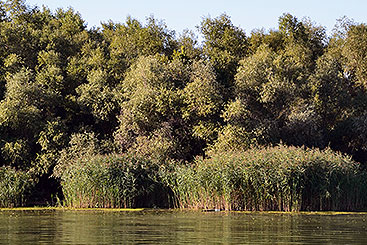 Much has changed in the Morava River Sub-basin since the Danube River Protection Convention was signed in 1994. For the basin as a whole, we saw plans to sustainably use the waters of the Danube Basin become very real projects and actions to protect these resources. Additionally the Czech Republic went from being a non-member state to a Member of the EU. Linking these two the way the ICPDR has been successful in persuading EU member states and non-member states to achieve a common goal.

This cooperation across borders has been especially important for the Accident Emergency Warning System (AEWS), working to solve accidental problems on international border rivers. The Czech Republic implemented the system in 1997, and it has been very useful since then – with the software platform has been updated and modernised several times and regular tests are run twice a year. Since establishing the AEWS, positive evaluations have shown that the system has greatly improved communication on an international level in cases of accidental pollution on border waters.

Highlighting the Danube’s connection.
One of the most impressive ICPDR actions was the Joint Danube Survey 2. The world’s largest river research expedition at the time, it produced the most reliable information on water quality and pollution for the Danube and some of its tributaries – including the Morava. Having a national expert in the core team, a participating national team as well as laboratories sampling the Morava River brought us immensely useful experiences. In addition, it was an honour for the Czech Republic to be an active participant in a project in which one methodology was used for research in the whole Danube region.

Furthermore, we can’t overlook the success of the Danube Day celebrations, together with the release of the Czech version of the Danube Box. These actions have brought the Danube into the minds of the general public and made them feel connected with and responsible to all Danube region countries – which is very important in our case as the Danube does not pass directly through Czech territory. However, no matter how far from the Danube we may live, once we are a part of the river basin we have to act accordingly and it is good to know that there are partners to cooperate with in common interests and who face similar problems.

At the beginning of this journey there was the signature of the Convention hand in hand with many expectations, questions and definitely some doubts as to how it was going to work. Now 20 years later there are 15 cooperating stakeholders in the ICPDR preparing the second Danube River Basin Management Plan – how remarkable!

Next: Slovakia - Bringing basin-wide experience together