Restoring the magic playground:
Nutrient pollution victories in the Danube

Nutrient pollution threatens the quality of water depended on by more than 80 million people in the Danube River Basin – but a 20-year effort to reverse this trend that began in 2002 is working wonders for the river’s delicate ecosystem. 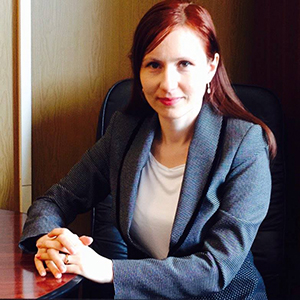 The Danube River flows through ten nations and the lives of countless people, bringing life to farms large and small. The river means different things to everyone, and it’s especially crucial to the agricultural workers who feed and sustain Europe along its banks. Naiana Milea is the Project Management Unit Director of the Integrated Nutrient Pollution Control Project (INPCP), which aims to reduce nutrient pollution in Romania. As part of the 'People of the Danube' interview series, we present personal portraits of individuals who bring their passion to the Danube Basin and its waters. Here, Naiana Milea tells us about the project’s many successes, and her unique personal connection to the river she is working to save.

Danube Watch: What is your personal relationship to the Danube and what would you call your favourite place on the Danube?

I was born and raised in a small city in Southern Romania, on the banks of the Olt River, one of the main Romanian tributaries to the Danube. The river was part of my everyday life and one of our favourite playgrounds.

We grew up learning about the Danube River in school, as the river crosses the four capitals of Europe and (now) ten countries. As a child, I was so proud of this natural legacy and when I went on holidays to the Danube – in the mountain area where the Danube enters Romania – I used to think about how the water I saw in front of me had also passed in front of so many other people, cities, buildings and stories.

Later, when I first went to the Danube Delta, I went to Letea region, which is, in my opinion, one of the most beautiful virgin areas in Europe. There is a fairy-tale like forest there, growing literally from waters, as the Danube deposits the sand that forms the ground for the trees. Also, wild horses live freely in Letea forest; if you are patient and lucky, you can have a fair glimpse of them. I was struck by the beauty and wilderness, as well as the incredible diversity that nature created in such an uncommon place. This is an area of deep silence and real communion with nature. That is my favourite place on the Danube, even though it is actually on the grounds created by the Danube, which is even more fantastic.

Since I started my work on projects protecting the Danube River and the Black Sea, I have developed a more complex personal understanding of the Danube. It brings life, as water always brings life – let’s think, for instance, about how many beautiful cities and cultures in the world were built along river banks. It also creates land – and the little story of the Letea wood is perhaps a good example. It generates energy – the flow of the Danube is a huge force of nature, and sometimes, with full responsibility and respect for nature, we can transform this into useful energy. The Danube waters carry the history of the places they have crossed, from the stories and places I imagined as a child to actual facts of the recent past. If one day we see the waters are less clear, it means that some kilometers upriver, it rained.


Construction of communal platforms in compliance with the enforced legislation, and supplied with machines and equipment allowing the transport and integrated management of manure

Harmonisation of pollution control actions assisted by a communications campaign

The combination of underdeveloped sanitation, poor livestock management, and a large number of small farms has resulted in a significant nitrate and microbial contamination of shallow groundwater flowing into the Danube River all over Romania.

Danube Watch: When you started your work with INPCP, what environmental challenges faced Romania with respect to nutrient pollution?

Because of the combination of underdeveloped sanitation, poor livestock management, and a large number of small farms, a significant nitrate and microbial contamination of shallow groundwater had been flowing into the Danube River all over Romania. And past decades have seen the Black Sea suffer severe environmental damage from eutrophication, partially caused by increased nutrient runoff from agriculture. The manure from animal breeders, both individual breeders and large livestock farms, was rarely stored in compliance with environmental protection rules or hygiene standards.

Another issue was that individual households were causing a diffused pollution. When aggregated, this usually exceeded the pollution coming from large livestock farms. Improper storage had allowed a series of chemical compounds from the aerobic decomposition of manure (nitrates, nitrites, phosphates) to infiltrate the underground water. This is the source of well water, which people were drinking every day, not knowing the dangers they were exposed to.

Danube Watch: How are you working with farmers to address these issues and to implement the EU Nitrates Directive in your country?

Romania has a very large agricultural work force, which means there are many people working at very small scales. In many cases, this leads to outdated and improvised agricultur al practices, and farmers have difficulty developing resources, gaining new equipment, and building proper infrastructure.

The INPCP supports these communities mainly by building the infrastructure they need to prevent nutrient pollution, along with grassroots awareness campaigns. We actually went from village to village, explaining to farmers what nitrate pollution means, showing them what polluted water is (which sometimes looks crystal clear), and talking about the dangers of nitrate pollution for them and their families. Now we are preparing a financing scheme to help public authorities build infrastructure to protect water from nitrate pollution.

Danube Watch: What do you think has contributed to these successes, and what’s the next stage?

I think the success of this journey comes from different sources, but respecting and understanding community needs has been crucial – we do not make projects for some abstract entities. It is important to understand each community’s unique problems and to support them in the most adequate way for their lives as well as for the environment.

I am delighted that we will continue the project’s implementation until 2022, with new innovative action on clean air, unpolluted waters, organic food, and, of course, a healthier Danube.