Results from the Joint Danube Survey 3 have been released, providing crucial information about the basin to improve understanding and decisionmaking, and to influence the next Danube River Basin Management Plan due later this year. 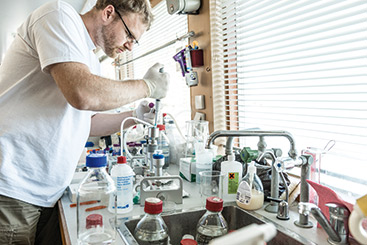 The Joint Danube Survey 3 (JDS3) produced the largest volume of knowledge on the Danube River Basin ever collected in a single experience. Although the survey itself was completed in six weeks, analysing such a large amount of data took much longer. The results have recently been released and present a portrait of the entire river. While work is still needed to address some problems, the results of the JDS3 prove that the waters of the Danube are becoming healthier and safer for all.

An international team of 20 scientists collected samples at 68 sites, spending about three hours on each site. Scientists conducted tests looking for chemical and hazardous substances, as well as for animals and plants – from larger shellfish to microscopic bacteria. They also monitored parameters such as temperature, dissolved oxygen and pH, as well as a hundreds of chemical substances. To study hydromorphological characteristics, the team tested sediment, measured water velocity, took photographs and created inventories of harbours, sand bars and gravel banks.

The data and information gathered during the survey was organised into three interrelated assessments of the river – biological, chemical and hydromorphological – to determine if the status of waters had improved or deteriorated. 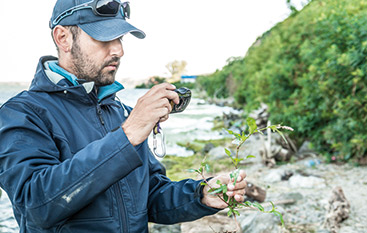 That core team of 20 scientists was responsible for taking and processing samples as well as making all on-board analyses, while JDS3 national coordinators facilitated organisation at the national level, especially administrative issues and local logistics.
© A. Künzelmann, UFZ

The Danube’s impressive biodiversity was reconfirmed by the JDS3. Fish numbers, in particular, were remarkable, with over 139,000 individual fish and 67 species sampled. Even with these results, however, 50–90% of the sites monitored did not meet WFD requirements for fish, because of pressures such as hydropower and poaching. In addition, invasive alien species were shown to be increasing, significantly affecting native species.

Chemical assessment shows improvement. Results of the JDS3 seem to show that improvements to municipal wastewater treatment have had a positive impact. Levels of nutrient pollution, especially nitrogen and phosphorus, have declined since the last JDS.

Priority substances as identified by the WFD were generally found to be below levels of concern, although some priority substances exceeded these levels. Concentrations at 94% of sites exceeded WFD levels of perfluoroctansulfonic acid, a new priority substance that repels water and oil and is resistant to heat and chemical stress. WFD levels were also exceeded at some sites for polycyclic aromatic hydrocarbons (found in oil, coal and tar deposits as byproducts of incomplete combustion processes) and tributyl-tin (used in antifouling paint on ships to prevent the growth of organisms). Furthermore, mercury concentrations in all fish samples exceeded acceptable levels.

A large number of emerging polar organic substances were found but they were at very small concentrations; for most of the contaminants the concentrations were lower than the JDS 2 in 2007. Analysing such a large amount of organic substances enabled experts to provide suggestions for the update and prioritisation of the Danube River Basin specific pollutants.

Sustainable restoration needed. Good ‘hydromorphology’ – or the physical characteristics of the shape, boundaries and content of a water body – is an important requirement of the WFD to provide natural species with the conditions needed to thrive, such as migration routes and healthy habitats.

The results of this hydromorphological assessment were similar to those of the JDS2. No stretches of the river are near natural conditions: 60% of the entire Danube is slightly or modified and the remaining 40% is severely modified. The Upper Danube is generally poor, with 75% intensely altered. About 63% of the Middle Danube is good or moderate. The Lower Danube, however,
is generally good and includes the river’s longest free-flowing stretch of 860 km.

Building on past surveys. The JDS has been carried out every six years – JDS1 was held in 2001 and JDS2 in 2007. Those earlier surveys provided essential information to help identify the main issues in the region and their causes, and helped Danube and European decision-makers to select the right measures to solve problems. JDS1 found high levels of biodiversity and rare species, though negative results included organic and microbiological pollution, heavy metals, oil from ships, pesticides and chemicals. JDS2 confirmed that cooperation among Danube countries had brought positive results, with progress made in many areas – especially water quality – since the first survey.

The JDS3 followed up on this past work to identify how measures already put in place have affected the status of waters, and at the same time, the JDS3 introduced new tests and methods to address advances in technology and emerging issues – such as invasive alien species or hazardous substances. The results of the JDS3 are already being incorporated into the next Danube River Basin Management Plan and the Joint Programme of Measures to be adopted at the end of 2015.

Since 2001, the Joint Danube Surveys have accumulated crucial scientific information about the basin to improve understanding and decision making. The surveys have discovered new species and produced a database of over 10,000 photos of the river’s structures. New techniques and technologies have been tested for the first time – many of which could improve the work of scientists across the globe.

Explore the articles on the next few pages for more information about the JDS3, and visit www.danubesurvey.org for details on the findings.

Next: Microorganisms have huge significance for the Danube River