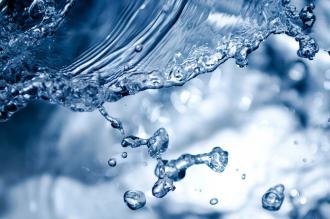 Preserving the Danube as a Drinking Water Resource

Some 20 million people rely on the Danube River as a direct source for drinking water, yet currently only 25% of its waters are considered to meet environmental objectives for good habitat and water status according to the EU water Framework Directive. Improving this state of affairs is essential, and strongly depends on the cooperation of every Danube country, a variety of different sectors, and the individuals who need and enjoy the Danube’s waters.

Besides the Danube’s surface waters, the slow-moving, slow-changing, and all but invisible natural resource of Danube groundwater is a key supply for drinking water in the region. At least some of the drinking water for 72 per cent of the Danube River Basin’s population  - 59 million people - is sourced from Danube-connected groundwater. Despite this, it remains under threat from over-abstraction, which is when more water is used than can be replaced by nature, and from agricultural and other forms of pollution. Once contaminated, groundwater can remain so for decades.

Some solutions are already being successfully deployed across the region. These include the implementation of the drinking water resource protection programme in Hungary, and efforts by the Bavarian Ministry of Food, Agriculture and Forestry which has appointed special advisors to help individual farmers put optimal groundwater protection measures into place. A continuous improvement of practices in order to protect groundwater and maximize the efficiency and planning of abstraction throughout the region will be vital. The interconnectedness of the invisible waters beneath our feet, mean that the international collaboration and conversation at the heart of the ICPDR remains as important as ever.

The Bigger Picture & the Changing Climate

“We can see that the Danube River basin is not being spared the effect of climate change,” says ICPDR President Péter Kovács. “More frequent or prolonged droughts might increase competition between water uses, and could lead to water scarcity in the long term.”

The threat of water scarcity and drought events throughout Europe has been on the rise in recent decades. The widespread droughts in 2003 for example, impacted the lives of over 100 million people, touched upon a third of EU territory, and cost the European economy approximately €8.7 billion in damages. Additionally, such events have since affected large parts of the continent in 2007, 2011, and 2012. These recent trends highlight the significance of growing imbalances in water supply needs and availability in Europe, specifically in the context of climate change. A recent special report by The Economist predicted some of the potential levels of freshwater scarcity we could expect by 2050 found that a theoretical rise in temperatures of 2°C in the Mediterranean region could potentially bring about a 10-30  per cent decrease in the water flow in rivers and streams.

The UN General Assembly adopted seventeen ‘Sustainable Development Goals’ in 2015, and SDG 6 to “Ensure availability and sustainable management of water and sanitation for all” directly addresses these challenges. The range of issues covered under SDG 6 is of utmost relevance to the ICPDR’s activities, key among them being the indicator 6.4 “substantially increase water-use efficiency across all sectors…” and indicator 6.5 “implement integrated water resources management at all levels...”. Other SDGs, like SDG 3 on good health and well-being or SDG 13 on climate action are also closely related to activities and aims of the ICPDR.

The European Union's revamp of its own twenty-year old Drinking Water Directive (Directive 98/83/EC) indicates another important shift in focus towards water-related issues. As of February 2018, it responded to the ‘Right2Water’ campaign and pledged to improve access to safe drinking water for all, more specifically for vulnerable and marginalised groups. Giving precedence to topics like access to drinking water and water scarcity at the international level will become increasingly important as climate change continues to affect the Danube River Basin.