The signing of the grant agreement between the International Commission for the Protection of the Danube River (ICPDR) and DG REGIO will enable a feasibility study that aims to identify ways forward to preserve of fish stocks at the Romanian-Serbian border. This action is an important step in the ongoing efforts to achieve a central objective of the EU Strategy for the Danube River: saving the Danube sturgeons from extinction. Despite its longevity, this “dinosaur fish” is considered one of the most endangered species in the world. 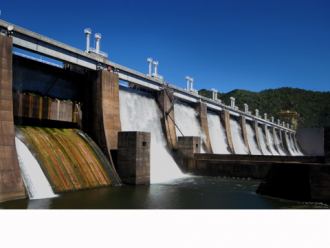 The hydroelectric power plants Iron Gates I and II are the largest dams on the Danube River and among the largest hydro power plants in Europe. The dams are located at the Iron Gates gorge and are jointly managed by Romania and Serbia. The Iron Gates dams are instrumental in providing hydropower and make navigation easier on the Danube. The disruption of the river continuity, however, constitutes an obstacle for migratory fish, including the sturgeon species, Danube salmon and European eel.

Faced with the issues of biodiversity loss and habitat degradation, stakeholders and international experts have joined together to raise awareness of the need for ambitious fish conservation measures. In this respect, the 2020 target of the EU Strategy for the Danube Region, the EU Water Framework Directive, the EU Habitats Directive as well as the Bern Convention, provide a framework conducive to the development of specific conservation measures.

The feasibility study, supported by the European Commission, aims at further harmonising and strengthening these initiatives. Its first phase, from 2011 to 2016, facilitated dialogue between the ICPDR, relevant stakeholders, and the European Commission – represented by DG REGIO and DG ENV. It is now entering the second phase: a feasibility study, endowed with a budget of 400,000€ and expected to finish in 2020. The third and fourth phases regard technical design (planned for 2021 – 2023), and implementation (2024 and onwards), respectively.

The International Commission for the Protection of the Danube River (ICPDR) has long realised the importance of this unique fish and endorses sturgeons native to the Danube as its flagship species. This commitment was emphasized on the occasion of the Danube Ministerial Conference in December 2016, where the ICPDR adopted sturgeons as a flagship species and then the Sturgeon Strategy at its annual Ordinary Meeting in Vienna in December 2017. The ICPDR works closely on this matter with their partners in PA 4 Water and PA 6 Biodiversity of the EUSDR.

In line with the terms of reference of the feasibility study, the ICPDR will coordinate and implement the activities jointly with the Danube Delta National Institute for Research and Development (DDNI) and the Jaroslav Černi Institute for Water Resources Development (JCI). The study’s overall objective is to map out solutions for achieving the EU Strategy for the Danube Region's PAs 4 and 6, as well as the ICPDR Sturgeon Strategy.

With their long reproductive cycles and extensive migratory patterns, sturgeons are indeed extremely sensitive to environmental changes, making them a key indicator of the ecological status of rivers. The first stages of the research will consist in analysing the current situation, gathering data and monitoring the fish migratory behaviour.