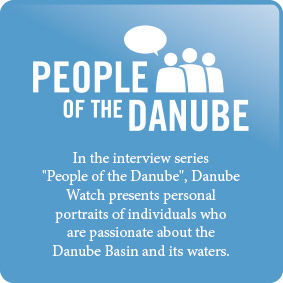 Two influential personalities reflect on the beginnings of the ICPDR. They were there then, back in the early nineties, working to put it all in place, and they are here now to explain the special circumstances that led to its success.

Fritz Holzwarth, former Head of Delegation and President of the ICPDR, and Ivan Zavadsky, current Executive Secretary of the ICPDR, sat down with the Danube Watch Editorial team to discuss the formation of the ICPDR from their first-hand experiences. After 25 years since the signing of the Danube River Protection Convention, the fact that the ICPDR was formed and that it has worked as successfully as it has over the years is surely a special case. In this first instalment of our new Dinosaurs interview with Mr. Holzwarth and Mr. Zavadsky, they focused on the special way in which the ICPDR formed around the countries of the region in a very inclusive manner.

The creation of the ICPDR depended upon the coming together of the many countries through which the Danube flows. Of course, this meant that governments that had recently been on opposite sides of the Iron Curtain now needed to join together closely for the sake of the Danube. This, of course, came with its own challenges. “When representatives of the Eastern countries came to Germany and Austria in early 1990s, we in the west had very little information about the downstream countries and what they had been doing to manage their stretches of the Danube”, remembers Mr. Holzwarth. “And so, the most important element of this process was that we took an integrated perspective from eastern and western Europe”, he continues. “Yes”, adds Mr.Zavadsky, “understanding absolutely had to come first. This degree of bridge building between these two sides of the Iron Curtain was a completely new idea”. 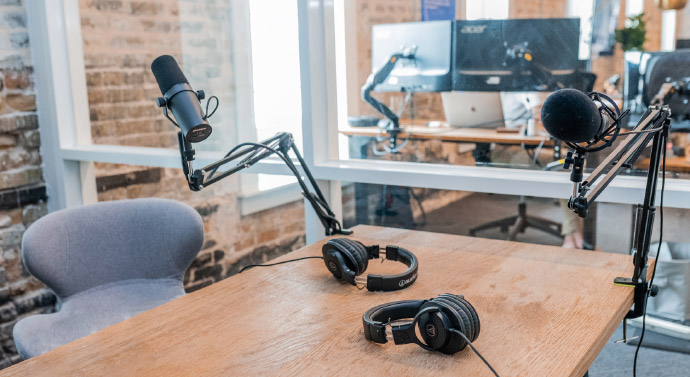 We hope these personal insights into the beginnings of the Danube River Protection Convention and the ICPDR were as entertaining to read as they were for us at Danube Watch to listen to!

“I would say”, continues Mr. Holzwarth, “that the most important part of this process was that we started to understand each other. Each country had different water management issues, and each had national action plans which were important for the development of the ICPDR. There is no doubt about that”. Stressing the unique sense of the future prevalent at the time, Mr. Holzwarth says that “this is an underestimated aspect, that there was a willingness to understand each other and leave behind the burden of previous conflicts and the fact that not all countries had been part of the Danube process from the very beginning".

Mr. Zavadsky clarifies the perspective of the eastern Danube countries by pointing out that “this mutual respect was very important. We were approached by the West with respect, and they were willing to understand that we had an existing systems of water management. We had our shortcomings but there was a tradition, the basic foundations were there”. In fact, and as the two were both quick to point out, many countries had water management systems that had been based on old Austrian water law. “The Austro-Hungarian tradition really is something when it comes to water issues, especially scientifically and technically”, explains Mr. Holzwarth. “And, as I learned when reading many articles and books, this was the foundation for water management perspectives for a lot of the downstream countries”.

This proved to be extremely useful to the foundation of the pan-regional water management and, ultimately, the ICPDR. As Mr. Zavadsky puts it, “when there was something that countries were united on, we jumped on it, so we would not have to start from scratch”. Providing a concrete example, he continues, “the Czechoslovak water law of 1973 was specifically based on Austrian and Hungarian water laws. We must not forget that the ICPDR covers 7 countries formerly part of the Austro-Hungarian Empire. The tradition and system was there, and the state administration was based on this tradition”.

It must be appreciated that this approach to regional cooperation that created the ICPDR still required formal steps in order to guarantee its success. “It was so clear in the mid 90s”, explains Mr. Holzwarth, “that we needed an institutional body beyond the convention, that we needed an interim secretariat in Vienna. The role of the interim secretariat was to get a fixed point in the universe, in the whole process”, clarifies Mr. Zavadsky. “All the processes to that point were bits and pieces but not really connected”, elaborates Mr. Holzwarth, “what was a preliminary instrument was also a starting point from which we could look at the whole basin and not simply these bits and pieces”. 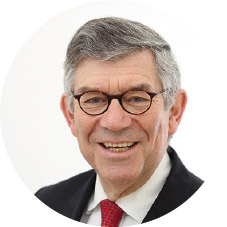 Fritz Holzwarth
was appointed Deputy Director General for Water-Management in the German Federal Ministry for the Environment, Nature Conservation and Nuclear Safety in 1991. He acted as Head of the German Delegation for the ICPDR as well as President in 2003. His career includes ceaseless work to protect Europe's rivers in numerous roles that we could not fully list here.

The Sava process proved vital for the region of the western Balkans at the time, and not simply for the reason of better water management. “It was clear after the conflict in the Former Yugoslavia that the Sava process was moving forward in parallel, but that the umbrella for the whole process was the ICPDR”, says Mr. Holzwarth. “Yes”, agrees Mr. Zavadsky, “the Sava process acted as the very first basic building block to bring peace and prosperity back to the Balkans. But it never would have been so fast and efficient without the ICPDR template and experience”.

The importance of such a process taking place for the first time with a basin-wide perspective politically and in terms of inclusion can not be understated. “There was a bridge building process in the western Balkans that was really started by the Sava process”, says Mr. Holzwarth. He continues by stressing that “when we started to work together, there was no cooperation in the Former Yugoslavia. It was like a grey zone as there was nothing. Sometimes people forget that that was a really heavy war”. Mr. Zavadsky tells that “there was, however, no need to develop and negotiate from scratch with the Sava process because it was essentially copying and pasting in the process from the ICPDR convention”. “Step by step”, adds Mr. Holzwarth, “this former Yugoslavia grey zone on the map vanished as the Balkan states that made it up came on board with these political processes which were the first key building process in the region. The role of the whole process in the integration of the Balkan region is really very often underestimated”. Mr. Zavadsky agrees and adds that “it was also easy for the architects of Sava agreement because the Balkan governments already had experience working with the ICPDR in the basin, and had faith in the way the ICPDR operated and fostered cooperation”. 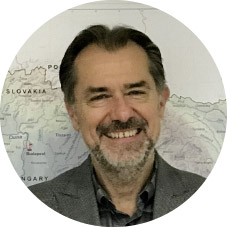 Ivan Zavadsky
Born on the Slovak banks of the Danube, Ivan Zavadsky came from a family of water managers. A vital part of his home country's EU accession process, and one-time project manager of the foundational Danube Regional Project – a key precursor to the ICPDR – Zavadsky has been our Executive Secretary since 2013.

This success, of course, goes back to the mutual-respect approach between the western and eastern Danube countries which, according to Mr. Zavadsky, existed in no small part because of Mr. Holzwarth. “At the time”, he explains, “we were both Heads of Delegation, but Fritz came in as a mighty DDG* Deputy-Director General (editorial note) from a federal ministry of a rich western country. In a time when everything ran west to east, north to south he could have continued with the state of mistrust. But no, Fritz was willing to step out of traditional role of a rich western donor and even turn everything around by asking us in the east what it was we needed, and how we could achieve it jointly”. “I remember well”, tells Mr. Holzwarth, “that I said to my EU colleagues that in the downstream countries it was not the case that they were starting from scratch regarding water management. No, there was scientific and technological understanding and competence on water management that neither the EU nor the other countries had been aware of”. There was still a great deal of progress to achieve, but this attitude already made a massive difference.

“He made sure to instruct experts and politicians from Germany on all levels to be courteous and listen to these new colleagues”, reiterates Mr. Zavadsky, “We all greatly appreciated that because politically, we in the east needed the help and expertise. It was Fritz, though, who was able to listen to the east to hear our our concerns and troubles so we could overcome the barriers to developing our water management systems into what existed in western Europe. He was able to listen and understand, to slow down on their side so that the eastern countries could catch up. This meant that, rather than being led around, we were walking side by side. It really is something that everyone involved then and the ICPDR itself have never forget”.