Walter Binder has devoted his life to enhancing the ecological status of rivers and returning them to their natural states. A landscape planner with more than 35 years’ experience, he worked on the first pioneering river renaturation projects in the 1980s, developing a model for the creation of near-natural rivers that is still widely used today. We spoke to him recently and asked him about his life, his inspirations and his work as an advocate for river restoration. 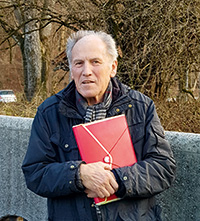 Danube Watch: Mr. Binder, how would you describe your personal relationship with the Danube and the Danube catchment area and what is your favourite spot on the river?

The Nibelungen Saga, the Danube ‘Schachteln’ (small boats with box-shaped cabins) with which the Swabians from Ulm travelled the river more than 200 years ago to settle on the Lower Danube, and also the stories of men in folding kayaks (‘Faltbootfahrern’) who journeyed down the Danube to the Black Sea impressed me when I was a child. Later in my career I got to know the Bavarian Danube with its different tributaries in North and South Bavaria better. The great variety of landscapes in the catchment area of the Danube and its inhabitants still fascinates me today. To visit them is always a special experience for me.

My favourite places on the Bavarian Danube are the floodplains between Neuburg and Ingolstadt, the Danube Gorge at the Weltenburg Monastery and the floodplains where the Isar flows into the Danube (and the neighbouring beer gardens of course), along with the historic cities on the Danube such as Ulm, Regensburg and Passau.

Danube Watch: What is your professional background? How did you come to become a specialist and advocate of river renaturation in Bavaria?

I have worked as a landscape planner for more than 35 years in Bavaria, working on the ecological enhancement of rivers obstructed by man-made constructions. The focus was initially on the protection and conservation of river sections that were still largely near-natural. In the 1980s the first projects to restore developed river sections were carried out, with the objective of returning ecologically poor river sections and their floodplains to their former natural states.

The model for such renaturation projects is to focus on river sections that are still by and large natural. This model was developed by river morphologists, water biologists and conservationists and affords more freedom for waters to flow naturally through the removal of embankments and the provision of more natural space.

Such projects facilitate the development of natural waterbody structures and make an important contribution towards the renaturation of rivers and floodplains. They improve the range of natural waterbody structures and habitats for animals and plants and provide recreational areas for humans. They also support the requirements of the European Water Framework Directive to achieve its objective of achieving good or very good status for waterbodies. 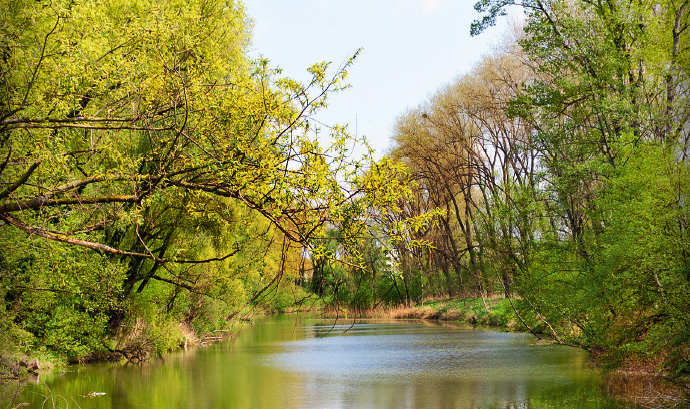 In the beginning, the first task was to overcome resistance to such an approach on the part of hydraulic engineers, stakeholders and the general public who were initially unaware of such methods. However, the first projects met with broad approval among the population and set the benchmark for future projects. Danube Watch: Can you tell us why your story (e.g. on the Isar in the Mühltal) has been so successful and why other countries in the Danube catchment area should follow your example?

The success of the renaturation projects, not only in the urban areas of Munich, but also to the south of the city at the Mühltal power plant, had as their guiding principle the restoration of the river landscape by reinstating hydromorphological processes. Objectives were set to improve flood protection, ecological conditions and recreational use. The river sections with their extensive gravel banks that have been renaturalised there have given the Isar back its alpine character and a certain sense of tranquility.

A decisive factor in the success of these river renaturation projects was both the good water quality of the Isar and also the trusting cooperation between experts and stakeholders from the fields of hydraulic engineering, hydropower, nature conservation and the environmental associations who have joined forces to form the Isar Alliance. In addition, the public was also involved from an early stage.

Today, the restored river sections are attractive recreational destinations that are visited by great numbers of visitors on warm days. This leads to pollution from rubbish and also to disturbance of sensitive habitats, e.g. bird species breeding on the gravel banks. An attempt is therefore being made to preserve the attractiveness of the renaturalised river landscape by informing visitors how they can prevent adverse effects on the natural balance.

Danube Watch: Finally: What advice can you give us as people living alongside the Danube?

Near-natural rivers with their floodplains are the ecological backbone of our landscapes. They are home to a large number of habitats for plants and animals and are of great importance for the conservation of biodiversity. Hydraulic engineering projects such as flood protection and the construction of hydroelectric power plants, the intensification of land use in the floodplains and the construction of settlements and traffic infrastructure have constricted many river sections and led to them becoming ecologically impoverished.

The aim must be to preserve and protect river landscapes that are still close to their natural state and, wherever possible, to enhance obstructed and ecologically impoverished river sections in order to counteract the loss of habitats for animals and plants and to secure recreational areas for the future. An essential prerequisite for this is to provide the river with a sufficient corridor to its floodplains, within which it is free to run its course.