The world's most isolated sea, the Black Sea, is connected to the oceans via the Mediterranean through the Bosphorus, and linked with the Sea of Azov in the northeast through the Kerch Strait. Its catchment area covers an area six times larger than its surface. The Danube discharges into the Black Sea at the Danube Delta, thus Danube water quality is directly connected with the Black Sea’s status. The Black Sea Protection Commission is responsible for the sea’s sustainable management. 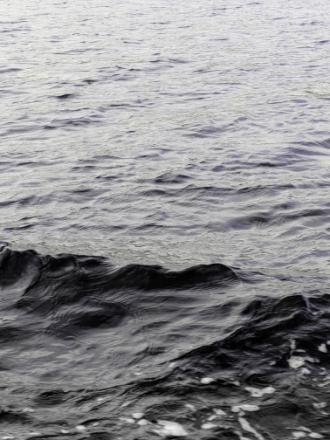 The unique ecosystem of the North-Western Shelf of the Black Sea is burdened by excessive loads of nutrients and hazardous substances from the coastal countries and the rivers that discharge into it. The highest discharging of these rivers is the Danube, followed by the Dnjestr and the Dnjepr.

Pollution inputs and other factors radically changed Black Sea ecosystems beginning around 1960. During the decades that followed, the Black Sea ecosystem went into a state of collapse. Beaches in Ukraine and  Romania were piled with dead and decaying sea plants and animals. Losses were estimated to be as high as 60 million tons.

Other pressures on the Black Sea ecosystems include organic pesticides, heavy metals, incidental and operational spills from oil vessels and ports, overfishing and invasions of exotic species.

The Black Sea is the world largest body of water containing hydrogen sulfide, recognised as a potentially harmful environmental pollutant. This stems from both the inflow of salty Mediterranean seawater into its depths, and an inflow of river water into the shallows, leading to a great variety in its waters and flows. This has resulted in oxygen depletion from some 200m below the surface, and to the accumulation of hydrogen sulfide.

Nitrogen inputs into the Black Sea have been reduced in recent years, though remain higher than in the 1960s. In contrast, the current phosphate inputs appear to have remained roughly consistent.

According to information from the Black Sea Commission, environmental efforts to reduce discharge from 49 high priority pollution sources - such as insufficiently treated wastewater and airborne emissions - have begun to bear fruit. This is evidenced by fewer and less intense algal blooms, a rise in comparable fish catches, and the return of distinct lifeforms to Black Sea waters.

Ongoing improvement in Black Sea waters can be attribute to a variety of factors:

The ICPDR and the Black Sea Commission

The ICPDR has been collaborating with the Black Sea Commission since 1997, working to remedy environmental degradation of the Black Sea originating in the Danube through a ‘Joint Technical Working Group’. Co-operation was fully reinforced by a Memorandum of Understanding signed in November 2001 at a ministerial meeting in Brussels.

The ICPDR was a member of the DABLAS Task Force, set up in November 2001 as a platform for co-operation between international financial institutions (IFIs), donors and beneficiaries for the protection of water and ecosystems both along the Danube and in the Black Sea. The task force included representatives from the countries in the region, the ICPDR, the Black Sea Commission, IFIs, the EC, interested EU Member States, and other bilateral donors, as well as other regional and international organisations.

Every year on 31st October, International Black Sea Action Day 2020 commemorates the signing of the Black Sea Strategic Action Plan. The day is dedicated to awareness-raising activities including educational and beach cleanup actions, focusing on the key aims of the action plan:

The Black Sea is almost completely cut off from the world's other seas and ocean. The deepest waters of the Black Sea extend to depths of well over two kilometres.